Travelling by train this Christmas? When will trains be busiest and where is engineering work taking place?

With Christmas falling on a weekend this year, train operator GWR has released details about which services it expects to be busiest.

Data from the number of seats already booked shows that trains on Thursday 23 and on Monday 27 December are the most in demand, with those departing between 1000 and 1400 set to be the busiest of them all.

Which are the top 10 most in-demand trains this year?

Trains between London Paddington and Bristol, and South Wales, also feature in the top 20.

GWR is asking those travelling this Christmas to book in advance, remember you must reserve a seat*, and try to travel at quieter times for the best experience. The company warns that services immediately before and after the Christmas period are set to be in demand.

How do I avoid busy trains?

Will engineering work affect my journey?

Work in the Bristol and Gloucestershire areas will extend beyond the usual Christmas Day and Boxing Day shut-down, affecting train services from Monday 27 to Friday 31 December.

During this time, sections of track either side of Bristol Parkway will be renewed, to ensure the continued safe and reliable running of the railway.

A bridge is also being replaced between Gloucester and Cam & Dursley on behalf of the Cotswold Canals Connected Project to allow boats to pass under the railway.

Here is a summary of the changes to services:

Transport for Wales’ ongoing work to develop the South Wales Metro is continuing over the festive period, with buses replacing trains between Pontypridd and both Merthyr Tydfil and Aberdare from Saturday 27 December to Thursday 6 January. Services between Radyr, Pontypridd and Treherbert will also continue to be replaced by buses in the evenings while overnight work takes place. For more information, please visit the TfW website.

“We have been working hard to make sure that people can be confident to travel safely, and that includes running as many trains and carriages as we can to make extra room, as well as enhanced cleaning and social distancing measures.

“Please do, however, plan ahead, reserve a seat, and be considerate of others.”

In line with the latest Government advice, GWR is encouraging customers to travel safely.

People are reminded to:

*: To help make sure everyone can travel safely, you must reserve a space before travelling on many of our trains. This helps us limit the number of people on these trains so it’s easier to socially distance. For reservable trains, we’ll automatically allocate you a space if one is available or ask you to try another service if not. Don’t worry, we always leave space on board for those with walk-up tickets, such as season tickets, or those who may have been disrupted. 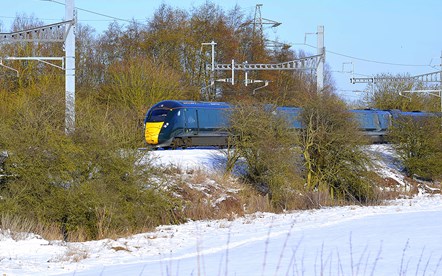