Teenager Tom Watts is the winner of a Great Western Railway competition to design a logo marking the launch of the Dartmoor Line next week.

The 16-year-old imagined taking part in the Ten Tors Challenge to design the roundel, which will feature on station signs, posters, timetables and a special train livery.

Year-round passenger services between Okehampton and Exeter commence on Saturday 20 November, marking the first reopening under the Government’s Restoring Your Railway programme which is exploring ways to return old lines and stations to service across the country.

Regular passenger services last ran along the route in 1972 and its reopening is expected to boost local businesses, the tourism sector, and provide greater access to education and work for thousands of people who live locally.

GWR launched its ‘Design the Dartmoor Line logo’ competition in April and it was also promoted by the Devon & Cornwall Rail Partnership and Network Rail. “We wanted a logo that symbolises Dartmoor and Tom’s design does that perfectly. The Dartmoor tors are iconic and visible for miles around – if you’ve enjoyed the breath-taking beauty of Dartmoor you will have encountered one of these granite masses.

“We’re excited to be returning year-round passenger services along this route for the first time in 49 years and Tom’s roundel design will become a permanent fixture on the Dartmoor Line.”

“We are delighted to see the Dartmoor Line roundel design unveiled. It is particularly fitting that the winning logo has been designed by local Okehampton teenager, Tom Watts, and signifies how important the reopening of this line is to the local community.

“We are now in the final stages of our work to upgrade the railway ready for the return of regular passenger services and look forward to celebrating the arrival of the first regular service in nearly 50 years next Saturday, alongside our partners and the local community.”

Tom was hoping to take part in the Ten Tors Challenge during his time at Okehampton Community College but the event hasn’t taken place since 2019 because of Covid-19.

The challenge is traditionally attempted by 2,400 teenagers operating in 400 teams of six, navigating routes of 35, 45 or 55 miles over the northern half of Dartmoor.

Tom now hopes to compete in next year’s event alongside students at Exeter Maths School, where he started in September. “I was surprised yet delighted to have won this competition. I think it is incredible that my logo design will be associated with the Dartmoor Line for many years to come!

“The silhouette of the walker in my logo represents me next year, doing Ten Tors with Exeter Maths School. It also represents the freedom given by the moors, welcome both during and after the restrictions of the pandemic.”

Tom lives in Okehampton and will use the Dartmoor Line to travel between home and school.

Journey time between Okehampton and Exeter St Davids will be approximately 40 minutes. A return costs £8 and tickets can be purchased from gwr.com or other national ticketing retail sites.

The line between Exeter and Okehampton originally opened in October 1871. The last regular train service operated in 1972, when passenger services were withdrawn by British Rail.

After 1972 the line remained in use to serve Meldon Quarry, situated west of Okehampton, a supplier of railway ballast and related materials.

The line between Coleford Junction and Meldon Quarry was sold at the time of privatisation in the 1990s to the quarry owner, now known as Aggregate Industries.  It was reacquired by Network Rail earlier this year.

GWR operated services will run between Exeter and Okehampton, initially providing a service every two hours, which will rise to an hourly service from Spring 2022.

Exeter is a key hub for the wider region and the new rail service will provide access for education, work, shopping as well as other opportunities on offer in the city. Customers will also be able to connect at Exeter St Davids for trains to a host of destinations including London, Bristol, the North of England and Scotland.

Okehampton is a historic town situated on the northern flank of Dartmoor National Park. It also marks the start of The Granite Way, an 11-mile multi-use trail connecting Okehampton with Lydford.

The new train service will open up sustainable access to various leisure opportunities in the town and surrounding areas. The bus service to Tavistock is being amended to connect with trains at Okehampton. 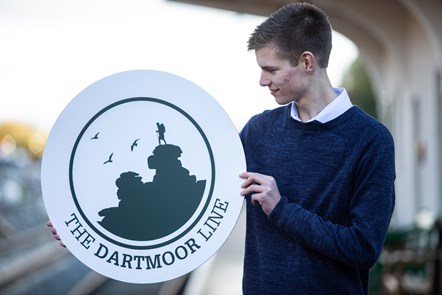 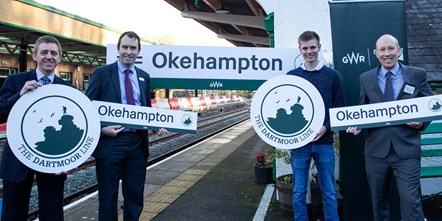 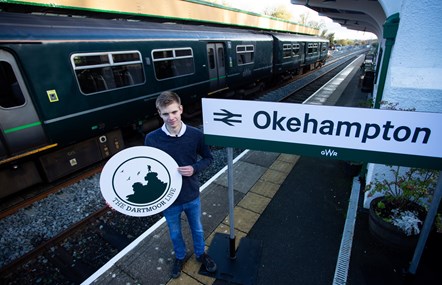