January sale: Thousands of train tickets available from as little as £5

Book now to take advantage of the cheapest fares and get even more off the cost of Advance tickets for travel across the Great Western network – with journeys available for as little as 8p per mile.

From winter coastal walks in Devon and Cornwall, to a city break in Oxford, Cardiff or London, the GWR rail network connects the most popular cities, historic towns and beautiful regions in south-west England and Wales.

Travel from London Paddington to:

Now is the perfect opportunity to buy limited, low-cost Advance fare rail tickets and save as much as over 80% of the value of buying a ticket on the day.

“The winter period, especially after Christmas with the cold, dark mornings and dark, early evenings can be such a difficult time for so many. So why not give yourself something to look forward to and plan a weekend or trip away?

“The GWR network covers hundreds of the UK’s leading destinations and tourist attractions, so let us help inspire your next adventure.”

The GWR network stretches from London Paddington in the east to Cornwall and the south-west; Bristol and South Wales; Gloucester; Oxfordshire and the South Cotswolds as well as parts of Surrey and West Sussex. 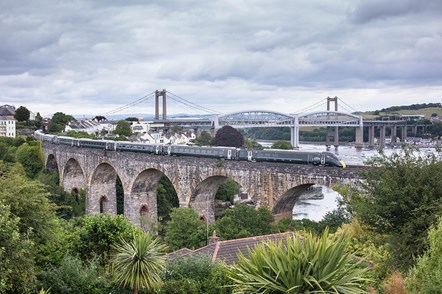