Great Western Railway (GWR) is set to increase the number of trains running between South Wales and England, just in time for the festive season.

From Monday 20 December 2021, GWR will reintroduce half-hourly services between Cardiff and London Paddington, restoring trains cut because of the pandemic. In total 18 extra trains, nine in each direction, will operate.

These will start with a limited service on Saturdays and Sundays from 18 December, plus an early-morning service on weekdays, but will also mean GWR can in the future provide extra, up to 12-carriage capacity, for events at the Principality Stadium.

“I’m really pleased to learn that Great Western Railway is going to have a new timetable, and that timetable includes half-hourly services from Newport to London and from South Wales during weekdays. I think it’s really important to get those services back up and running.

“We’re seeing more people now using the trains again and it’s really important in terms of climate change and decarbonisation. Well done to Great Western Railway and look out for those half-hourly services on the way from South Wales to London.”

More services will also be extended from Cardiff through to Penzance, better connecting the South West with South Wales.

“We believe that this new timetable, reintroducing half-hourly services between Cardiff and London Paddington, and running our first all-electric Class 387 services to Cardiff, will provide our communities with the help and support they need as together we rebuild and renew for the future.”

The extra trains form part of wider December timetable change improvements rail operator GWR is making across the south, including the first MetroWest trains for Bristol which will increase rail services on the Severn Beach line to half-hourly.

From Monday 13 December GWR will double services on the Severn Beach Line, from hourly to half-hourly, throughout the course of the day. These mark the first step in providing thousands of additional seats, alongside plans for new stations through the MetroWest initiative backed by the West of England Combined Authority.

From January GWR branch lines in London and the Thames Valley will also have their frequency restored to pre-Covid levels: trains between Slough and Windsor will return to three trains an hour; the Greenford branch line will return to a half-hourly service, as will trains between Twyford and Henley. Local services between Didcot and Paddington are also to be restored a full half-hourly service off peak. 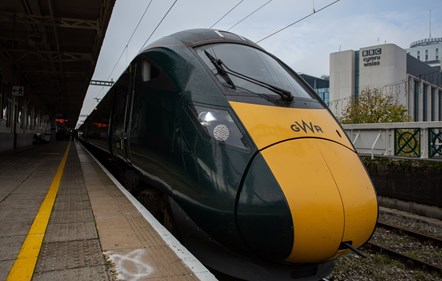