Train operator Great Western Railway has released data showing the busiest trains this Christmas, as it warns customers that ongoing industrial action means the network will shut early on Christmas Eve and significant disruption will return after the festive getaway.

Data from the number of seats already booked shows the 1204 Paddington to Penzance service is the most in-demand over the next few days. Friday 23 December is generally the most popular for pre-Christmas travel and Tuesday 27 for post-Christmas.

How do I avoid busy trains?

Those looking to travel for the Christmas getaway on GWR services are being urged to travel as early as possible, to book a seat* and to only travel if absolutely necessary on Christmas Eve. Customers who do need to travel by train on Christmas Eve should complete their journey by lunchtime.

With ongoing industrial action next week, customers are advised to continually check train times before travelling as there could be short-notice alterations, especially to late-night services.

Trades unions are taking industrial action, including strike action and action short of strike (an overtime ban), over December and January that will affect rail services from 24 December 2022 to 8 January 2023.

Services will start later on Tuesday 27 December and a significantly reduced, revised timetable will operate. Planned engineering work will also affect some routes. There may also be some short-notice changes or cancellations and customer should check before they travel, and travel earlier.

The TSSA union is taking strike action on 28 and 29 December. Trains will continue to be disrupted with a significantly reduced level of service.

On strike days between 3 and 7 January only an extremely reduced service will operate on a limited number of routes and customers are advised to only travel if necessary on these dates. Some parts of the GWR network will have no service at all. Services will start later (0730) and all journeys must be completed by 1830.

On the day after the strike action, Sunday 8 January, trains will start later and there could be short-notice cancellations and alterations.

On the days affected, passengers are advised to find an alternative way to travel. Where services are running, customers should only travel by train if absolutely necessary, and it is highly recommended that a seat reservation is made*.

Other train operators are also affected by this action, so onward travel could also be affected.

Where trains are able to operate, they are expected to be extremely busy.

Customers who have already purchased tickets for strike days can claim a full refund or amend their ticket; those who travel and are delayed may be entitled to Delay Repay compensation if they are delayed by 15 minutes or more.

To help customers, tickets will be valid for travel on alternative days on GWR services as follows:

Season-ticket holders can apply for compensation through the Delay Repay scheme.

For more detailed information, including when journey planners will be updated with the latest train times, please visit www.gwr.com/strike.

* To help make sure everyone can travel safely, you must reserve a space before travelling on many of our trains. This helps us limit the number of people on these trains. For reservable trains, we’ll automatically allocate you a space if one is available or ask you to try another service if not. Don’t worry, we always leave space on board for those with walk-up tickets, such as season tickets, or those who may have been disrupted. 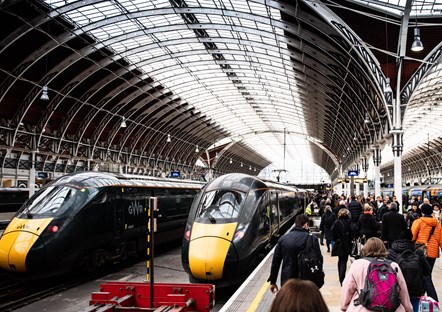