Great Western Railway has marked 40 years since the Falklands War by dedicating a train in honour of those who served in the conflict.

A dedication service took place at Plymouth station on Tuesday 14 June, where a special Falklands 40 livery was unveiled on one of GWR’s Class 255 Castle sets.

Power car 43040 was chosen to mark the 40th anniversary, while Class 255 recognises the 255 British military personnel who lost their lives in the fight to liberate the islands following Argentinian invasion.

The train vinyl features roundels paying tribute to a conflict waged on land, at sea and in the air. Guests including veterans from the South Atlantic Medal Association 1982 and Lord Mayor of Plymouth, Cllr Sue Dann, attended the service, led by John Roe, Railway Mission Chaplain for the South West of England.

“We wanted to pay our own tribute to the courageous men and women who joined the military task force and helped liberate the Falklands Islands in 1982.

“We are proud power car 43040 will carry our own Falklands 40 tribute, to be seen by thousands of customers travelling in the west of our network.” “I am delighted to have been asked to unveil this locomotive. My fellow veterans and I will be very proud when we see it operating. We hope that it will serve as a reminder that as a country our actions are brave and honourable and in pursuit of a fairer and more peaceful world.” Luke Pollard MP, who was unable to attend the event due to business in the House of Commons, said:

“The contribution that Plymouth and the far south west made to the victory in the South Atlantic was critical to the war effort but is not as widely known as it should be. I’m grateful to GWR for helping us tell our story as a city, highlighting those who fought in the South Atlantic and remembering the 255 personnel who did not come home.”

“Plymouth has recognised the contribution of the personnel who served by giving veterans Freedom of the City status. We also recognise the service given by the city in support of the conflict. The dedication of this train will share the veterans’ story and the role Plymouth played to a wider audience and is a tribute to the role GWR plays in supporting the region’s history.” 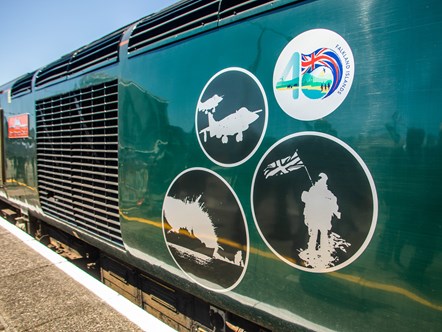 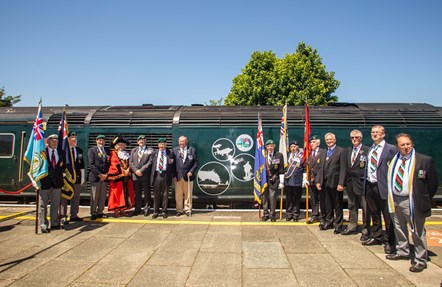 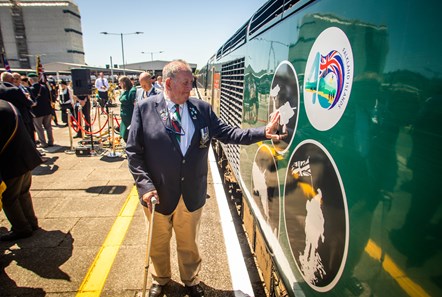 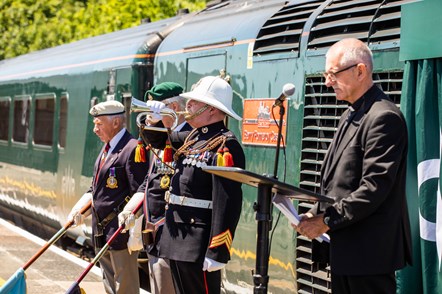