The first in a series of improvements for the West of England sees rail services on the Severn Beach line increase to half-hourly as GWR begins to realise MetroWest ambitions in its December timetable change.

From Monday 13 December GWR is doubling services on the Severn Beach Line, from hourly to half-hourly, throughout the course of the day. These mark the first step in providing thousands of additional seats, alongside plans for new stations through the MetroWest initiative backed by the West of England Combined Authority.

West of England Metro Mayor Dan Norris, who travelled on one of the first trains, said:

“I’m delighted to be travelling on one of the first new services from Temple Meads to Severn Beach.

“This is the first important piece in the MetroWest jigsaw. The MetroWest initiative will reopen two lines and up to six new stations by 2024. It’s going to give 80,000 more people access to train services.

“Having a good public transport network is crucial in helping our region thrive. Helping more people to get about more easily is another good sign that our region is on the up. People want and deserve a great railway in the West. All aboard!” The next stages of the initiative are planned to include additional services between Bristol and Gloucester, and between Bristol and Westbury via Bath, in future timetable changes subject to approval from the West of England Combined Authority and the Department for Transport.

“We believe that this new timetable, introducing the very first of our planned MetroWest enhancements, will provide our communities with the help and support they need as together we rebuild and renew for the future.”

The new services will deliver over 4,000 more seats for passengers every weekday. Additional services through Bristol form part of the wider Bristol Rail Regeneration programme, delivering new railway tracks and signalling to transform the railway serving the Bristol area.

“It is great to see just one of the many positive impacts of our £132m track upgrade work at Bristol East Junction in the summer, with the introduction of half-hourly services on the Severn Beach Line this December.

“The major upgrade of Bristol East Junction earlier this year was a key enabler for supporting the introduction of new suburban services in the future as part of the West of England Combined Authority’s (WECA) MetroWest scheme and providing over 4,000 additional seats on trains every day in the area.

“The doubling of services on the Severn Beach Line marks one of the first realisations of making Bristol Temple Meads a key transport hub in the West of England that will serve millions of passengers each year and support business right across the region.”

This December will also see the region’s train operator restore some train services reduced during the pandemic. Services between Cardiff and Paddington will be restored to half-hourly throughout the day; and Cheltenham to London Paddington restored to hourly direct services.

Better connecting Bristol and Cardiff, the timetable change will introduce all-electric Class 387 services between London Paddington and Cardiff for the first time, providing a low carbon, sustainable way to supplement capacity on the popular route. These will start with a limited service on Saturdays and Sundays, plus an early-morning service on weekdays, but will also mean GWR can in the future provide additional, up to 12 carriage, capacity for events at the Principality Stadium.

More services will also be extended from Cardiff through to Penzance, better connecting the South West with South Wales.

From January GWR branch lines in London and the Thames Valley will also have their frequency restored to pre-Covid levels: trains between Slough and Windsor will return to three trains an hour; the Greenford branch line will return to a half-hourly service, as will trains between Twyford and Henley. Local services between Didcot and Paddington are also to be restored to a full half-hourly service off peak. 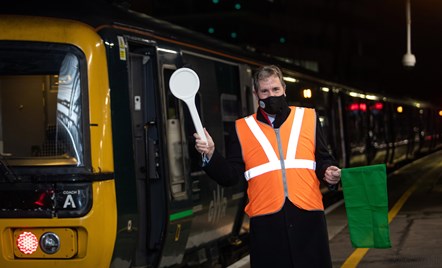 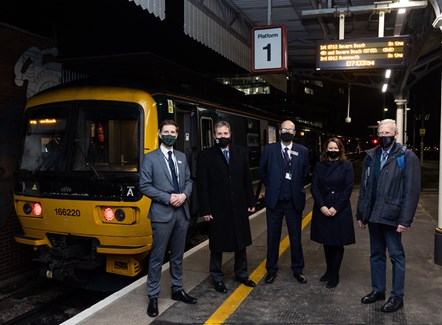